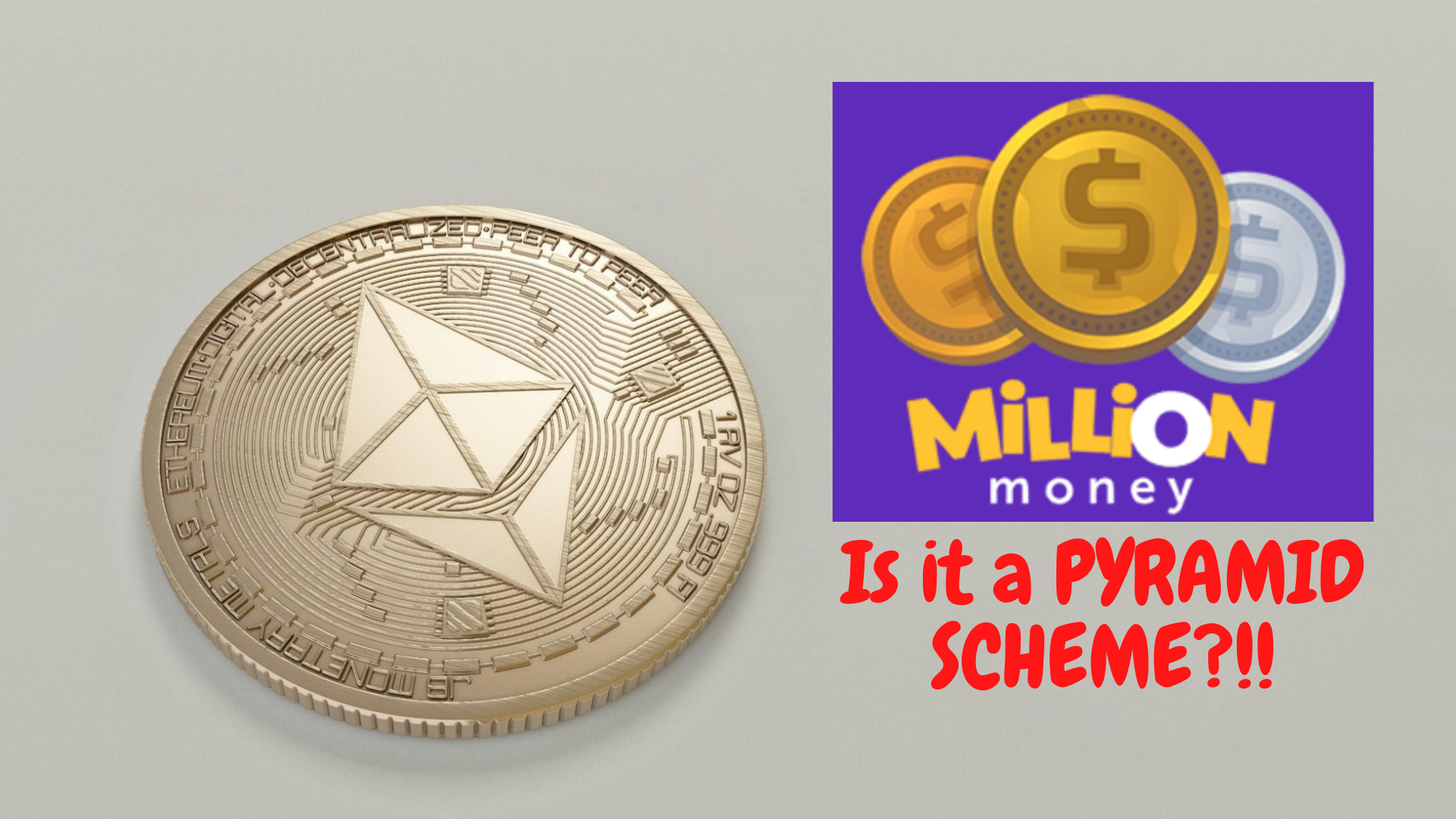 Welcome to my Million Money review!

As you’re browsing online and searching a legitimate investment you can delve into, the name Million Money might have pop up in the searches.

For some reason, it might have aroused your curiosity. And you wanted to know if such investment is legit or a pyramid scheme.

If this is a concern, then you have come to the right place.

In this review, I’ll provide an analysis of whether the company is a good fit for you or not.

So without further delays, let’s begin my Million Money review… 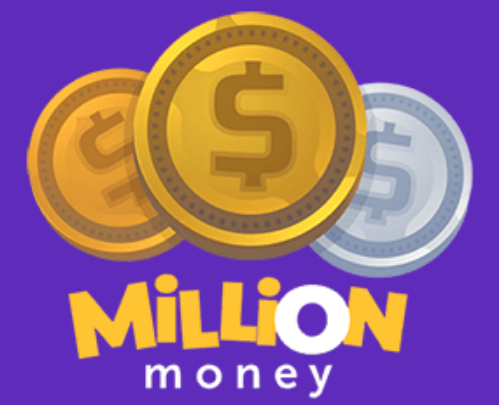 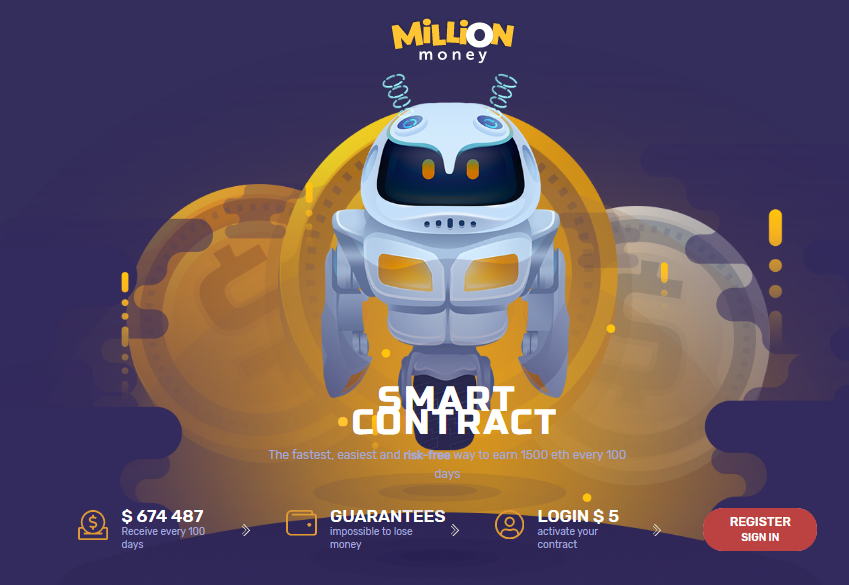 What is Million Money?

Million Money is a pyramid scheme that uses the smart contract Ethereum as their primary mode of investment.

The company did not disclose any basic information such as founders, current CEOs, or date of inception, which makes them a little sketchy.

But upon checking the age of their domain, it shows that it was created on August 13, 2018.

I also reviewed other pyramid schemes in the past. You may check them out if you like—ClicXAds, Forsage, Unitex, Tradera, Kangot, and Crowd1, to name a few.

Pyramid schemes are now also revolutionizing its business by engaging in cryptocurrency.

Although they made some changes, such a business model is still high risk and banned in many countries around the world.

Like any pyramid schemes out there, Million Money does not offer any retail products.

Their investment opportunity mainly depends on recruitment and subscription fees. Such a business model is very unstable, and it will eventually collapse when they are unable to bring in new investors.

What are its income streams?

When building your lower network, you can get only two direct affiliates in each of your sides.

Now, as soon you get your two direct lower networks—their main job is to recruit their two direct affiliates as well, and the process goes on up-to five levels deep.

It is a typical pyramid scheme where your only way to earn an income is through recruitment.

Also, the commission is based on what level the transaction was made.

The affiliate earns the exact cost of the membership from its two lower networks, which is 0.30 ETH per position.

The affiliate earns 0.20 ETH per position—four positions all in all. It also has a 0.50 ETH charge, which goes to its upper networks.

The affiliate earns 0.80 ETH per position—eight positions all in all. It also has a 0.10 ETH charge, which goes to its upper networks.

The affiliate earns 0.40 ETH per position—sixteen positions all in all. It also has a 0.40 ETH charge, which goes to its upper networks.

The affiliate earns 1 ETH per position—thirty-two positions all in all. It also has a 1 ETH charge, which goes to their upper networks.

The abovementioned income stream is only the first matrix, as their compensation plan indicated.

And after the first matrix, a second matrix is offered as another income opportunity. The summary is as follows—

The affiliate earns 2.5 ETH per position—two positions all in all. It also has a 2.5 ETH charge, which goes to its upper networks.

The affiliate earns 5 ETH per position—four positions all in all. It also has a 5 ETH charge, which goes to their upper networks.

The affiliate earns 10 ETH per position—eight positions all in all. It also has a 10 ETH charge, which goes to its upper networks.

The affiliate earns 20 ETH per position—sixteen positions all in all. It also has a 20 ETH charge, which goes to its upper networks.

The affiliate earns 40 ETH per position—thirty-two positions all in all. It also has a 40 ETH charge, which goes to its upper networks.

Does their potential income excite you?

Well, you shouldn’t be. This is because they are still a pyramid scheme as far as I am concerned.

A pyramid scheme is illegal and banned in many countries that include the United States, United Kingdom, Denmark, Australia, France, and Finland, to name a few.

And they are labeled as illegal for a good reason—they are extremely high risk and chances of losses is more likely than earning any profits.

If you want a more stable and legitimate source of income, then you have to check out the description below—

How much will it cost me to join?

The very first thing you need to do is to set up an account. And then, you also have to download their mobile application.

The basic membership is about 0.30 ETH or 114.35 USD, according to today’s current exchange.

Take note that the cost of the basic membership is also the subscription fee you have to settle every 100 days.

Can you make a reliable income from Million Money?

But engaging in pyramid schemes or Ponzi schemes is even rarer compared to MLMs.

According to a study conducted by the Federal Trade and Commissions, about 99% of people who join MLMs are more likely to incur losses than earn any profits.

Although the research only targets MLMs, the same is also true for pyramid schemes. Their only difference with each other is that MLMs have retail merchandise to offer, while pyramid schemes don’t.

Such a scheme is unstable because the entire structure will collapse eventually if no new recruits are coming in.

As a result, affiliates of the investment run out of funds to maintain their status. It eventually leads them to become inactive and then quitting the investment scheme altogether.

Recruitment is the bread and butter, or to give you a better term, the lifeblood of any pyramid schemes.

Affiliates of such an investment scheme must continually recruit. As I mentioned in the previous section, the entire structure will collapse if no new members come in.

For newly recruited affiliates, they may try to recruit people that they know first—such as family members, friends, or several acquaintances.

Even though that these group of people knows the affiliate, it’s still no guarantee that they would buy the investment opportunity offered to them.

It might lead to annoyance if the affiliate persistently pushes the investment opportunity to them. Or even resentment if the investment scheme fails later on.

It becomes challenging if they run out of people they know, and try to recruit people they do not know.

But it is more difficult for people who do not have any marketing or sales background.

Not getting enough recruits may cause the affiliates to become frustrated because no new investor means that there’s no income coming in. This is especially true for those at the very bottom of the pyramid.

As a result, it might lead them to become inactive and quitting the investment opportunity altogether as well.

If you want a more sustainable source of income, then you have to check out my best work-at-home recommendation below—

Is Million Money a scam?

The Million Money investment opportunity appears to be both a pyramid scheme and a Ponzi scheme.

One primary characteristic of an MLM is retail merchandise, which such business models do not have.

Although Multi-Level Marketing is often linked to pyramid schemes, you have to take note that most MLMs are completely legitimate.

Don’t get me wrong—I am not advocating MLMs. I’m only using the two business models as a comparison.

MLMs are technically legal because they do offer something of value in exchange for your initial investment.

And these values are in the form of retail merchandise which the MLM agent can sell for profits. Thus, it appears they are a direct selling company on the outside.

On the other hand, the pyramid scheme and Ponzi schemes are illegal because you don’t get anything in return or any assurance that you’d be receiving profits in the future.

What you get is only a promise of high returns. Therefore, it makes them highly risky. They are also often associated with investment scams.

Another interesting fact about the Million Money investment is that the Securities and Exchange Commission of the Philippines released a statement that this company is not registered under the laws of this country.

And that they are prohibited from conducting any business or soliciting funds essential to the investment. (1)

It is a pyramid scheme

A pyramid scheme is illegal in many countries around the world.

I believe that this information alone is sufficient for anyone to join companies engaged in such a business model.

The entire pyramid structure will collapse if no new investors are coming in.

No positives. Just search for other opportunities.

I hope my Million Money review has provided you sufficient information in determining whether the investment is a legitimate or scam.

But either way—I don’t recommend Million Money or any pyramid schemes for that matter.

As explained, they are high-risk, and your chances of losing money are greater than earning any income at all.

Why I choose Affiliate Marketing over Pyramid Scheme?

Yes, what you’ll basically be doing is to promote a brand using an affiliate link through your online site.

And you earn commissions anytime someone uses the affiliate link and eventually purchases the products or services offered.

Of course, the success of such endeavors lies in the quality being driven into your website.

If this is your concern, then worry no further…

I got you covered…

Thank you for taking time off and reading my Million Money review!

I hope to see you next time!