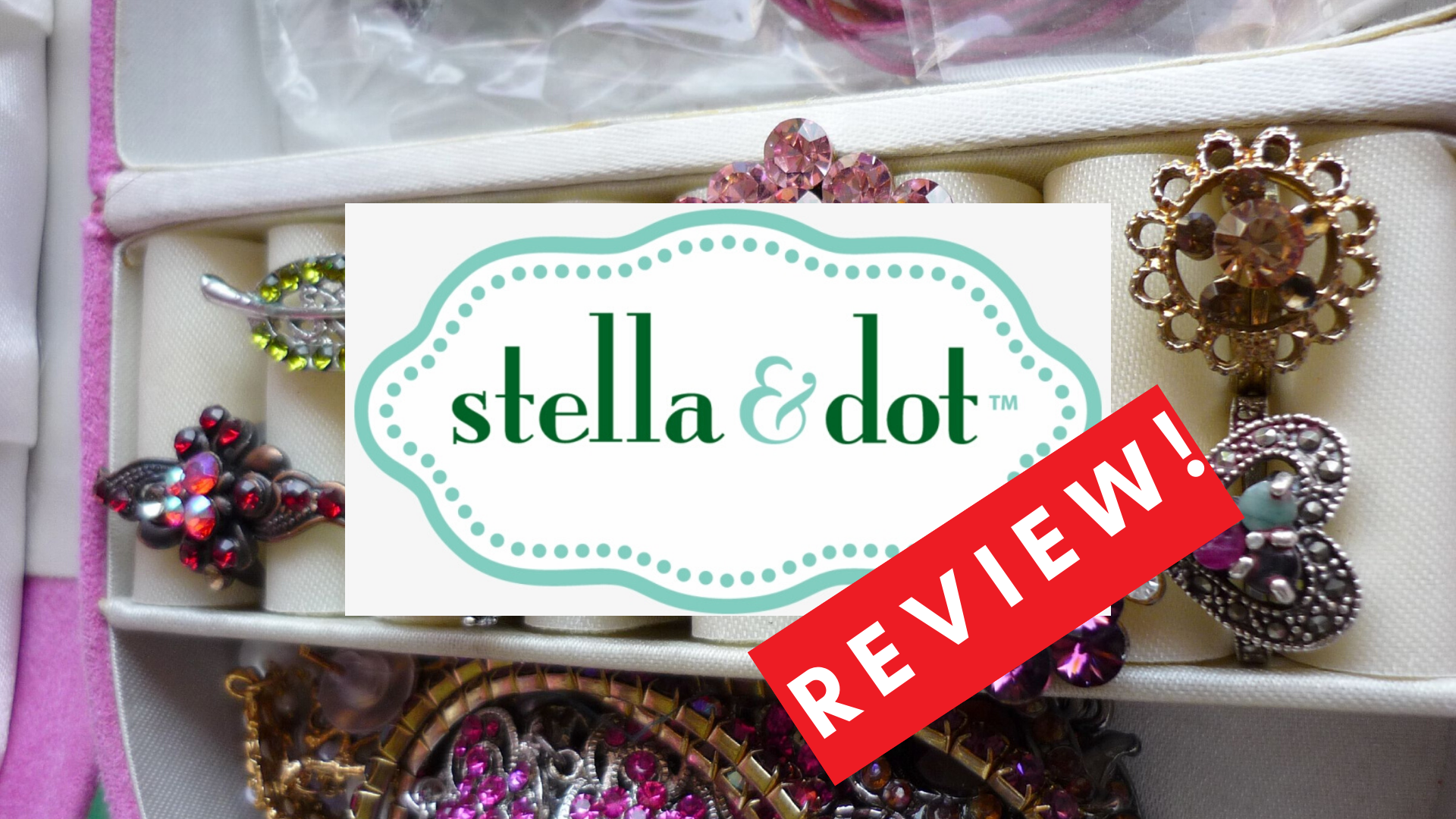 Welcome to my Stella and Dot review!

In this review, we’ll talk about a popular fashion business called Stella and Dot.

They offer well-crafted jewelry made by world-class designers from New York.

You may have heard of them on TV shows like Good Morning America, about a few years ago.

If you’ve heard of the Stella and Dot  MLM operation and wondering whether they’re a good place to invest or it's just another scam, then you’ve come to the right place.

In my Stella and Dot review, we’ll help you decide whether you should even invest time in them or put your money somewhere else more profitable.

So without further delays, let’s get into it.

What is Stella and Dot?

Stella and Dot were founded by Blythe Harris and Jessica Herrin, which they named after their grandmothers.

The business started operation in 2004 and headquartered in San Francisco.

Their jewelry has received a lot of positive feedback from its consumers and was even featured in several publications.

However, we are not here to discuss their product.

My Stella and Dot review focus on determining whether the opportunity offered by the business is a legitimate way to earn income or is Stella and Dot a scam.

Instead of running a traditional retail company, they decided to use a networking business model or Multi-level Marketing (MLM).

Back then, they call members as “Stylist.” But as of January 2020, they are now called Stella and Dot “Ambassadors.”

The Stella and Dot Opportunity

Stella and Dot is a combination of Multi-level Marketing and direct selling.

Stella and Dot's members are called Ambassadors, and they earn income through recruitment and selling. Their earnings also depend on how well the recruits perform in selling and recruiting new ambassadors.

How can I join Stella and Dot?

The first step in becoming a Stella and Dot ambassador is to register online.

Afterward, you have to settle a membership fee of $199. You have to pay this immediately because your application won’t be processed if unpaid.

After payment, you’re now officially a Stella and Dot Ambassador.

However, your membership fees don’t stop there, because you also have to pay for annual renewals amounting to $59. This is to maintain your active status and remain an ambassador for the business.

What are the income streams of Stella and Dot?

If you want to see the full compensation or pay plan of Stella and Dot, click the following link, “S&D Ambassador Pay Plan.”

At first sight, you might find it difficult to comprehend their pay plan. But I have summarized it for your convenience as follows:

In other MLM terms, you may encounter “retail commissions.” Both are not to be confused with each other because they essentially have the same features.

Personal Sales Commissions are simply the basic income you earn from selling the main products or services. 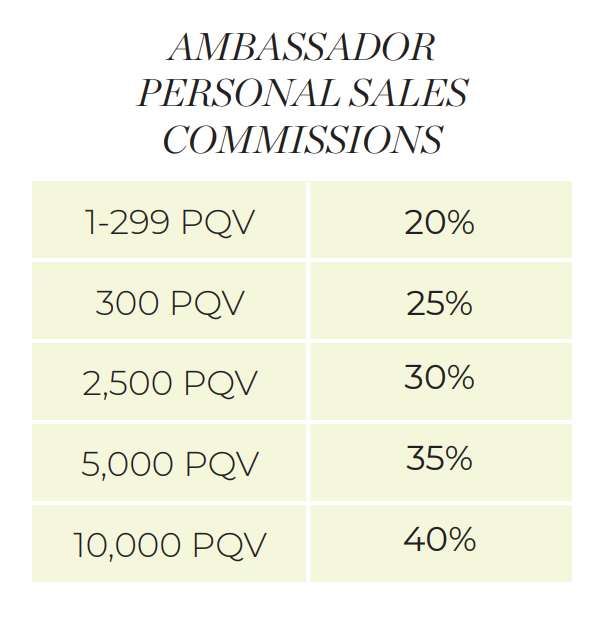 But I think it’s 25% where you become stagnant in making money.

It seems like they’re encouraging ambassadors to overspend to qualify for the bonus. This is an issue not unique to Stella and Dot, but in MLMs in general.

It’s where the ambassador tends to focus more on reaching the required volume than selling the actual products.

This is a classic networking scheme where you have to build your lower lines. It resembles a pyramid if you’ve managed to recruit a lot of people. 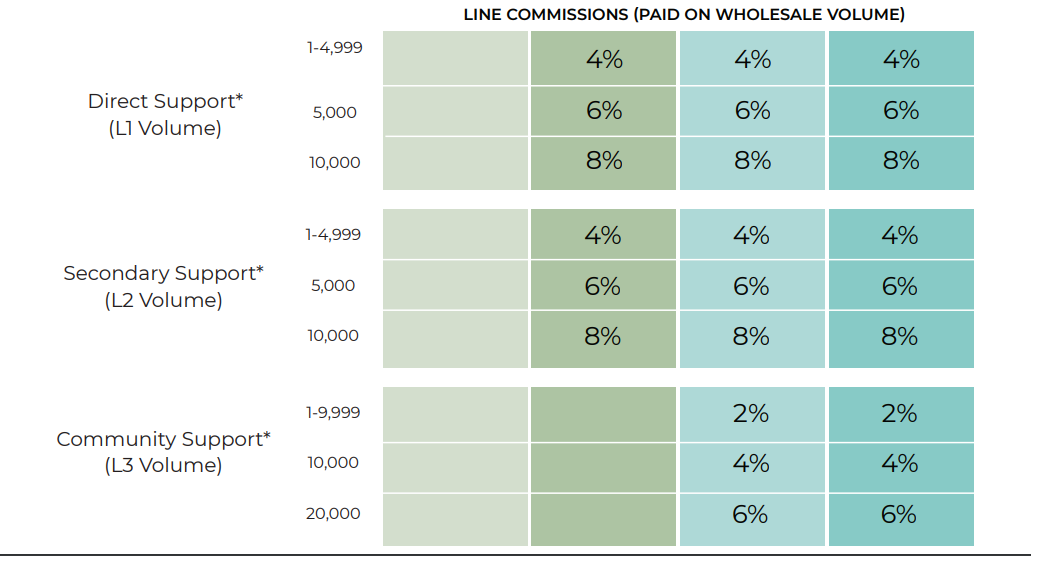 So as you see, you also have to reach a certain level to increase your commission, in addition to how your lower line performs.

We also have to bear in mind that the commission you received is already included in the products you paid. It means that a certain percentage goes to your upper line as a commission when you buy products.

It’s a bonus provided to ambassadors at the executive level only.

The summary of how much you can earn as an Executive as is as follows: 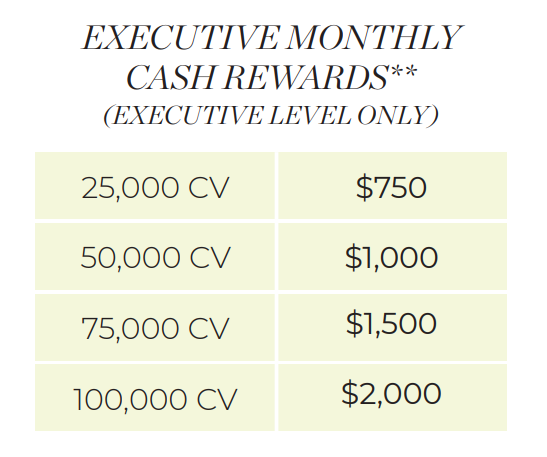 As you can see, you gain bonuses if you reached the Executive level. However, achieving a community volume of 25,000 per month and maintaining it can be challenging.

This means that you have to work your butt off and find clients that are willing to buy your products monthly.

Can you make a reliable income from the Stella and Dot Opportunity?

Other sites claim that Stella and Dot provided an Income Disclosure Statement, but apparently they’d remove it from their website.

Unfortunately, I wasn’t able to locate any copies online.

But luckily, I found sources that detail the 2017 income disclosure statement of Stella and Dot.

The details are as follows:

Prior to January of 2020, Stella and Dot's ambassadors are referred to as stylist. 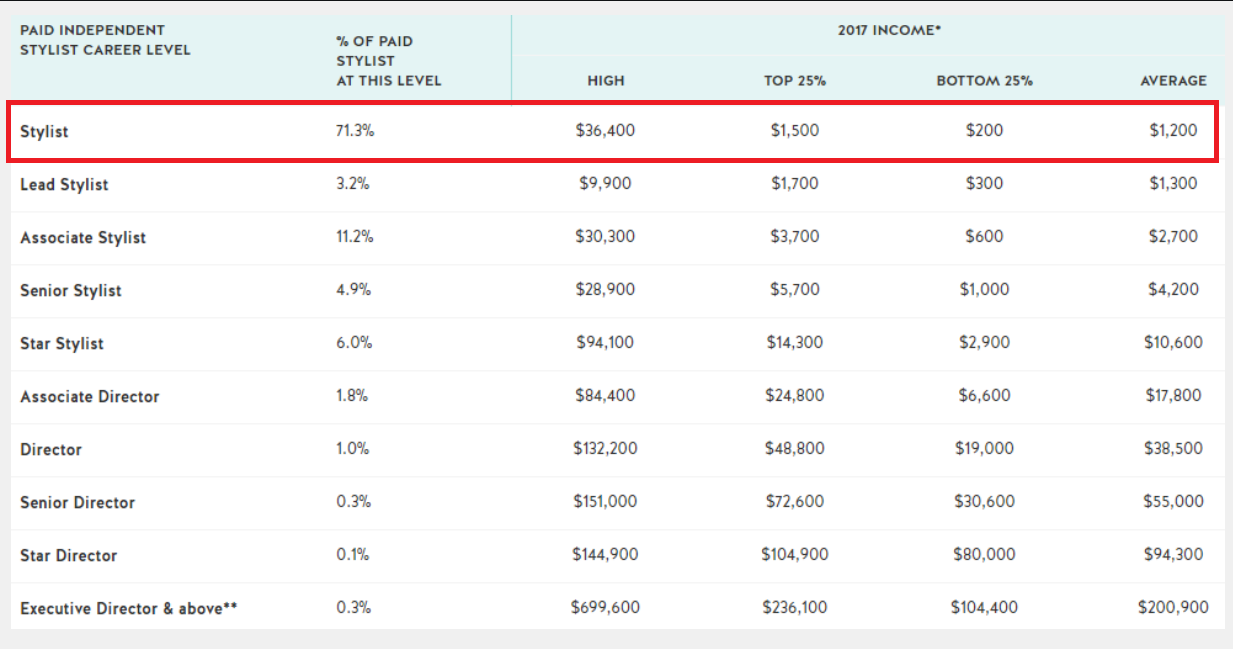 As the chart shows, there are 71.3% of people in the initial ranks of stylists. Now, this part is concerning because it means that only 28.7% is advancing to the next level.

Another point is that 1.7% actually gets to the directorship positions and higher.

It is to be noted that the data of stylists above are only those who actually earned any income. And it was not reported that there are 68% stylists who didn’t receive any income at all.

Also, people who quit altogether weren’t included. Thus, if we add them to the income disclosure report, it’d show a more dire result.

This issue is not unique to Stella and Dot, but most MLMs in general.

Their business model heavily promotes recruitment and sales volume that members end up overspending. It makes them more of a customer than a shareholder of the company.

If you want a much better source of income, then you must check out Affiliate Marketing. It’s risk-free and involves no cashouts!

Is Stella and Dot a Scam?

No. Stella and Dot is not a scam. They are a legitimate business that’s been around for almost 15 years!

If a business exists for that long, it means that they’re doing something right.

However, Stella and Dot is an MLM.

This type of business model is flawed because the ambassadors’ primary income will be coming from recruitments.

They’re also not a pyramid scheme. Although they resemble in so many ways, MLMs differ because they are technically legal.

A pyramid scheme is purely money-based, while for MLMs, you get value through products in exchange for your money.

This may be the case—I wouldn’t recommend it at all because the opportunity for business is extremely rare, as you’ve seen in their disclosure statement.

Basically, you get promoted by personal volumes or earning points. You gain points when you recruit or sell. And you get more points when you’re lower line do the same as well. That’s how MLMs work.

In Dr. Taylors’ book,  “Multi-level Marketing Unmasked,” he explained that if a businesses’ primary income stream is by building its lower lines, then an MLM should be considered a pyramid scheme. Therefore, it should be illegal.

The only way to succeed is by recruiting

This is one of the primary concerns in pyramid schemes, which is for a member to move forward; they have to recruit people continuously.

Recruitment plays a significant role in Stella and Dots. In which, the member has to recruit new members and have them do the same endlessly.

According to Dr. Taylor, it poses a problem because what if you’ve already exhaust potential recruits in your area.

If this happens, recruiting new ambassadors can be very difficult.

Most of the commission goes to your upper level

When you purchase a product from Stella and Dot, 29% goes to your upper levels. If you sell, your commissions could amount to 25%.

As you can see, the commissions earned by your upper levels are more than the actual retail price.

Now, this would result in the member having to work harder in recruitment. Also, it would lead to tendencies of excessive buying just to earn the commissions.

Pay to increase your personal volume

For you to earn commissions, Stella and Dot require you to maintain at least 300 PQV.

There are no minimum monthly purchases—regardless of how much is in your inventory or what you actually need, you can buy as much as you want.

Thus, it might result in overspending in order to maintain their PQV and earn commissions.

Some of the common complaints received by Stella and Dots are its high membership fee.

If you’re not willing to give up a $200 investment, then there are better options.

If you want an income-producing platform that’s free to start and no recurring payments, then you must try my best work-at-home recommendation.

I think this fee makes no sense.

If I’m making sales, then isn’t that enough of a contribution to the company?

Here is A Way Better Alternative!

The Better Business Bureau is one-factor people used to determine the credibility of a business.

However, we shouldn’t entirely rely on them when we check the background of the company.

One reason is that there are companies accredited by the BBB and rendered a positive overall rating despite having backgrounds of malpractices.

It was detailed in a CNN report, you can check it here—“Slammed by the Government, A-rated by the Better Business Bureau.”

Their products also gained praise from many consumers, including celebrities.

Stella and dot call this as trunk shows. It’s a home party where one ambassador will have a chance to host such an event.

Some may find this an annoyance, but I think it’s a great way to interact and socialize with your fellow ambassadors.

It is training assistance they provide to help ambassadors how to market through phone calls.

This program lasts for 60-days

In our modern days, some people use email or text messages to market a specific product. Weekly calls can be a little tough for me, but if you can handle it, then you can try if you want.

But if you like a better option, then you may also try Affiliate Marketing. Unlike MLMs, you don’t have to market aggressively like most MLMs.

I hope my Stella and Dot review helped you in your decision-making.

If I were you, I wouldn’t invest in Stella and dots or any MLMs for that reason.

The opportunity for business growth is extremely rare, as you’ve seen in the income disclosure statement.

With this being said—is Stella and Dot a scam? Still, no.

But I suggest looking into other alternatives. There are better options out there that provide minimal risk but pay a sustainable income. One example you might want to consider is Affiliate Marketing.

Do you want to earn a more reliable income?

If you want a better way to earn income online, then you need to check out Affiliate Marketing.

Affiliate Marketing Is Better Than MLMs Because...

You Don't Need To Recruit or Harass Your Friends To make Money!

You Don't need to buy any starter kit or product!

Promote any Product (or multiple products) you are interested in!

GET STARTED NOW >>
Spread The Word: